When you book with an account, you will be able to track your payment status, track the confirmation and you can also rate the tour after you finished the tour.
Sign Up
1255 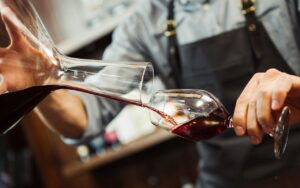 Nemea Wine Tour: Join us on a private trip to Nemea’s two best wineries in the Peloponnese, tour the facilities and the vineyards and enjoy wine tasting with accompanying cheese platters, led by an expert local guide and oenologist.

Your Nemea Wine tour includes a visit to the important archaeological site of Nemea, the Museum and the nearby ancient Stadium.

After your wine tour, we travel through picturesque small villages in the Peloponnes and make a stop at Solomos village for delicious Greek local food in stunning countryside scenery an in a fully traditional environment. As an extra option in Solomos, you can visit the Linos Museum, an old traditional winery.

Appreciate this wonderful experience as you watch the magical landscapes of the Peloponnese pass by on your drive home, comfortable and safe in the knowledge that you’ve made the most out of your day in Greece!

Discover the wine culture and archaeological sites of Nemea with our private Nemea wine Tour!

We pick you up at the Port or Airport, or your Hotel/Airbnb in Athens at a convenient time.

The Corinth Canal connects the Gulf of Corinth with the Saronic Gulf in the Aegean Sea. It cuts through the narrow Isthmus of Corinth and separates the Peloponnese from the Greek mainland, arguably making the peninsula an island. It has a length of about six km (four miles)  and a depth of eight meters (26 ft).

A project that spanned many centuries, it was conceived by a ruler of Ancient Corinth, began by Roman emperor Nero but completed in 1893.

Today, it has little economic importance and is mainly a tourist attraction. Only small yachts and boats can cross due to its shallow waters.

Free entrance to the site. 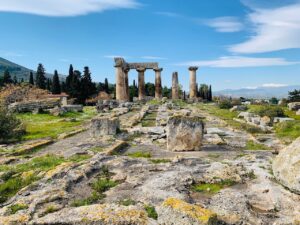 Nemea was famous in Greek mythology in relation to Hercules and the Nemean Lion. The Lion was a legendary creature in Greek mythology,  impenetrable by the weapons of humans that ravaged the area of Nemea. Hercules managed to kill the lion and was wearing its fur henceforth.

The centrepiece of the Nemea Archaeological Site is the Sanctuary of Zeus at Nemea developed at the beginning of the 6th century BC, with the institution of the Panhellenic Nemean Games. 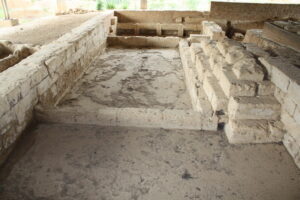 The Temple of Nemean Zeus is a Classical Doric temple. The Temple of Zeus stood at the centre of the Sanctuary of Zeus which contained a number of buildings and monuments that were used in the religious and athletic ceremonies of the ancient Nemean Games.

The Ancient Stadium of Nemea, which could accommodate 40.000 spectators, was built 400 m SE of the Temple of Zeus. 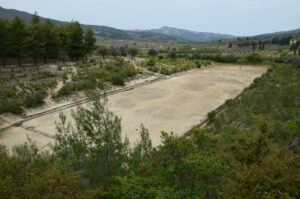 The track (total length of 178m)  is where the athletes and the judges entered the Stadium through a vaulted tunnel. The baths in particular seemed quite well preserved with the original sinks still in place.

The Nemea Archaeological Museum is located right on the site and was constructed as part of the excavation project carried out by the University of California at Berkeley, thanks to the generosity of Mr Rudolph A. Peterson. It contains coins of ancient visitors to Nemea, prehistoric finds (pottery, tools, weapons etc.)  pottery and jewellery from the Mycenaean cemetery and other artefacts. 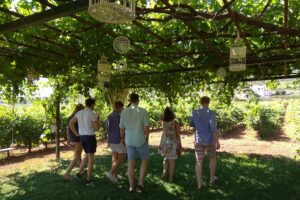 Right after the Nemea Archaeological site, you will visit two wineries for a unique tasting of local wines.

The main production of Nemea’s vineyards, the biggest in Greece, preserves and cultivates the tradition of Agiorgitiko variety, which forms an integral part of the cultural heritage of the town. Many of the grapes grown in the Peloponnese and on Crete are still engrafted varieties. 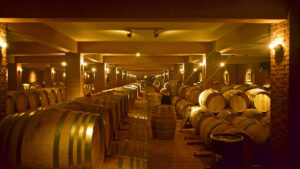 An experienced sommelier/wine expert will guide you throughout the tour and will introduce you to the local grape varieties through a guided tour in the wineries, the production methods and the passion of the wine producers. 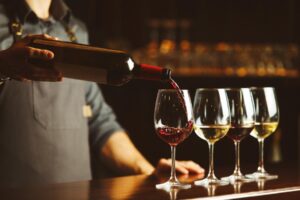 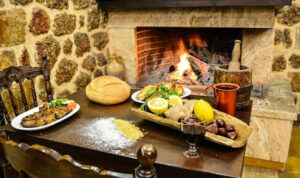 Leaving beautiful Nemea behind us, and driving through scenic Peloponnese countryside, we reach Solomos, a small charming village located south of Corinth where we will stop for a very traditional Greek lunch.

After a happy Greek meal, we set off to Athens and we will drop you off at your desired destination in the city.

Extra Option: In Solomos you can also vis 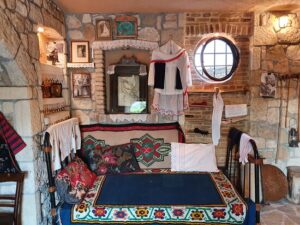 it the Linos Museum, an old traditional winery, which has been transformed into a folklore museum of a Greek house of the late 19th C.  In its lovely garden, you can have a coffee or a Greek sweet