One Day Cruise to Hydra, Poros, and Aegina Islands

When you book with an account, you will be able to track your payment status, track the confirmation and you can also rate the tour after you finished the tour.
Sign Up
977

Our one-day cruise to Hydra, Poros, and Aegina from Athens is the perfect Greek islands hopping cruise as you get to visit 3 of the most beautiful Argo Saronic Islands.

Your private driver will pick you up and transfer you in the comfort of one of our luxury Mercedes Benz and Audi vehicles to Flisvos Marina. The hostesses of the luxurious cruise ships will welcome you and guide you to the Main Lounge for AC atmosphere or to the spacious open decks where you can enjoy the fascinating views of leaving behind Athens and sail in the warm Aegean waters.

You will visit all 3 islands Hydra, Poros, and Aegina with free time to roam and enjoy a feisty buffet of Greek traditional lunch. On your return to Athens, you will have the chance to listen to a Greek show and participate in a super-fun  Greek dance lesson.

If you wish to book a VIP cruise package please let us know and we can arrange it for you.

We’ll pick you up from your residence and drive you to Flisvos Marina to get aboard the cruise boat for your island hopping.

We can also pick you up from Athens International airport with a surcharge, please ask for our affordable prices. 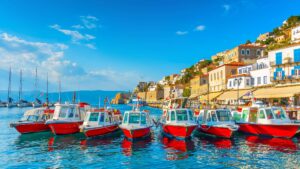 After 2,5 hours of sailing, you will arrive at the cosmopolitan island of Hydra.

Hydra is an island with rich history, architectural beauty, and vibrant lifestyle, a much-loved destination among foreign celebrities and prominent Greeks alike.

Hydra came to fame following a Hollywood movie Boy on a Dolphin, starring Sophia Loren — scenes of which were filmed on the island in 1956. Leonard Cohen, Jackie Kennedy, and Aristotle Onassis would spend their summer nights in the famous Lagoudera Club during the 1970s and 80s. 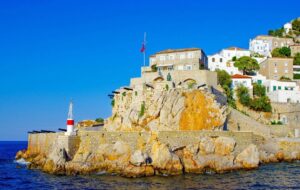 As soon as you get on the island, you will be thrilled by the charming circular port, the total lack of any cars, the elegant stone mansions of the island that create a charming atmosphere and make the island one of the most serene destinations near Athens.

One of the most impressive sights in Hydra is the Bastions with Cannons which were were used for the protection of the harbor. This is a great spot for taking a photograph or watch the sunset! 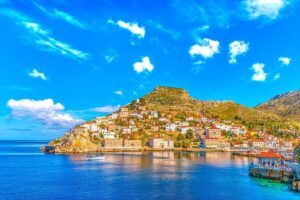 Leaving  Hydra behind you, you will sail for an hour and 10 minutes and reach the second beautiful island of Poros.

Poros will charm you with its pine forests, serenity, and old-world charm. 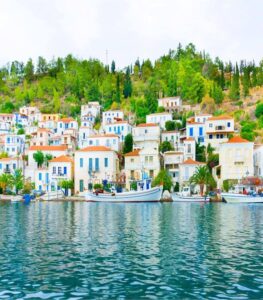 Poros is actually comprised of two small islands – Spheria and Kalavria  – beloved by many famous like  Giorgos Seferis, the Greek Nobel laureate, and Henry Miller.

One of the best things to do on Poros is to have a coffee at the picturesque waterfront.

Another hour of exciting sailing and you get to the largest island of 3, Aegina island.

Aegina has a great ancient history and on the island stands in excellent condition one of the most famous sites on Aegina, the Temple of Aphaia.

The island also is famous for its miraculous church of Agios Nektarios (Saint Nectarios), the monastery of Agia Triada, and the ancient medieval town of Paleochora.

If you will need an extra tour of the above-mentioned sites,  we are more than happy to organize it for you (surcharge).

On your return to Athens, you will enjoy our live orchestra, with Greek music and dancers that you will be invited to participate in a wonderful afternoon of fun.

As soon as you arrive at the Flisvos Marina your driver will be waiting for you to drop you off at your hotel. 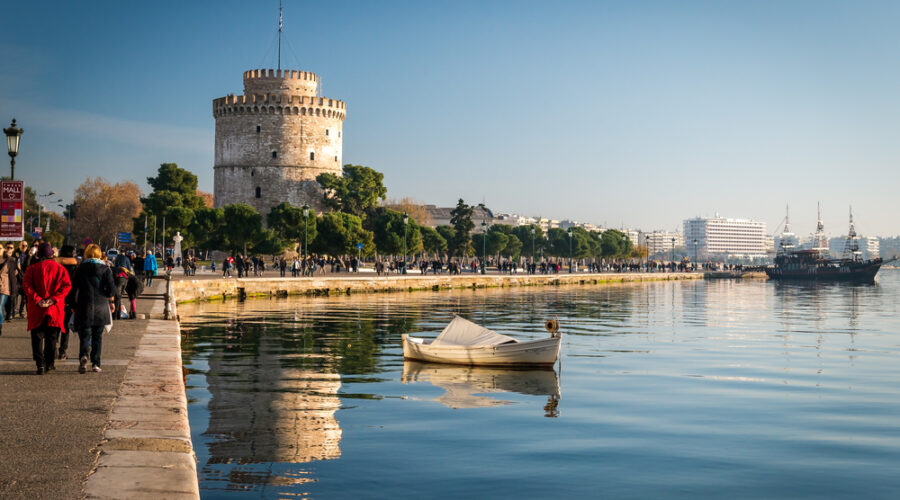 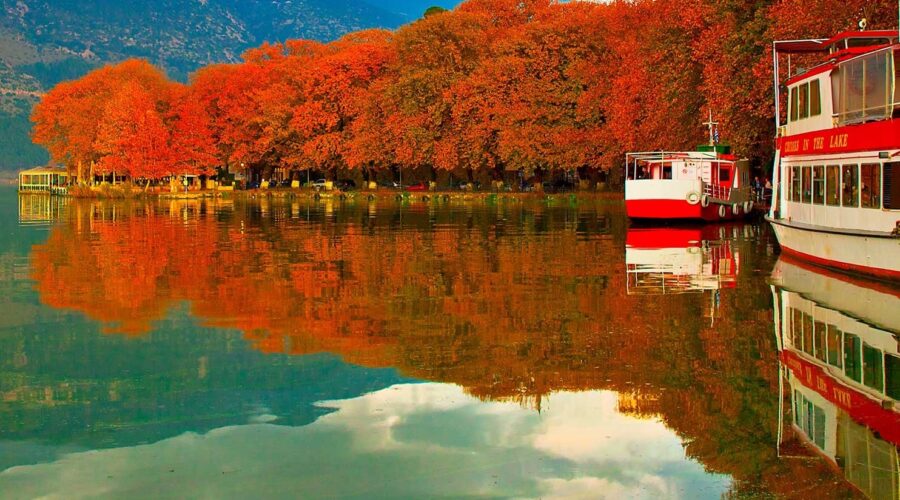